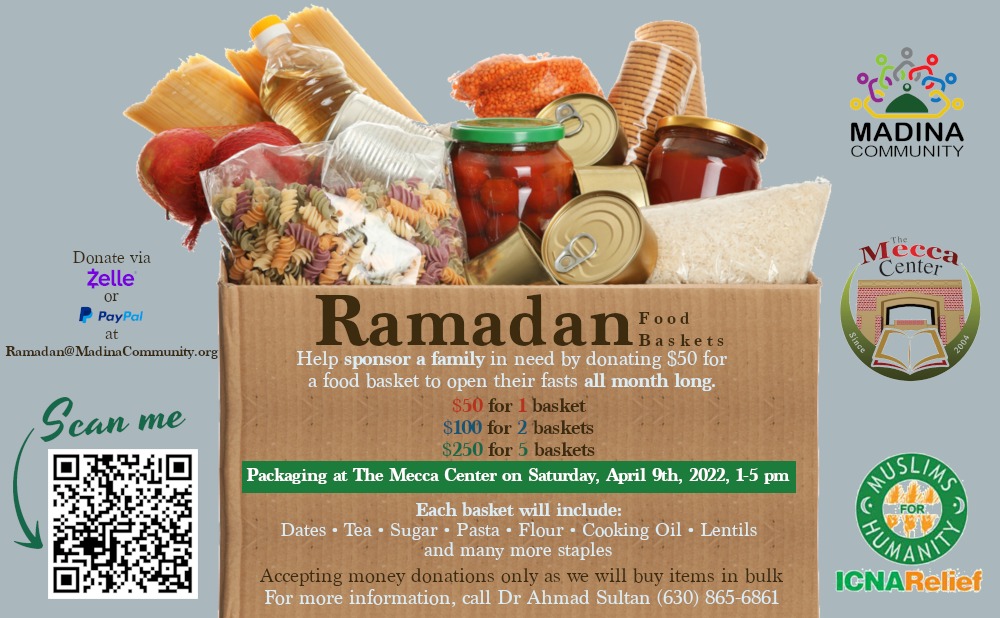 Because Only Together We Can

Build a World Where Everyone Is Safe, Strong & Valued

Striving to connect communities and uplifting neighborhoods using Principles of Divine Wisdom and the Prophetic Model.

Madina Community was formed to represent the needs of a large, diverse, and growing Muslim population in the Northern Illinois area. Though comprised of a number of cultures, ethnicities, and nationalities, the community shares a common belief rooted in the Islamic faith which recognizes the oneness of God (Allah), a belief in the Prophets (peace be upon them) sent to help guide humanity, including the Prophet Muhammad (peace be upon him) who is the last prophet, as well as the teachings described in the faith’s holy book and recorded observations, the Qur’an and Sunnah, respectively.

The organization mission is abstracted in the following statement, “Madina Community is a multi-culture American community that strives to serve local needs using the principles of Divine wisdom and the Prophetic model.” 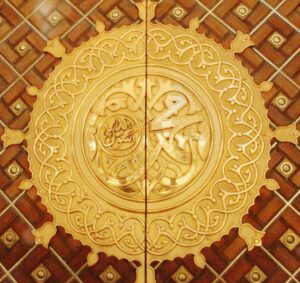 In applying religious commandment in charitable giving, compassion and community service, Madina Community conducted ‘Ramadan Food Basket’ programs to help needy families in the month of Ramadan. We have led and organized successful campaigns in the past few years totaling approximately 12,000 pound of food staples that supported over 500 families, for one month. In addition, Madina Community led and organized ‘Back to School’ drives in the same years to help over 700 middle and high school students in distressed areas in Chicago.

We provide education on topics related to general Islamic knowledge, as well as information related to American public interest. We provide this information by presenting lectures, slideshows, study groups at religious institutes, schools, libraries and other public venues. We conducted lectures on Islamic History at Naperville Public Library, Muslims Big Talk at Mecca Center to provide opportunities to discuss issues related to marginalized segments in the Muslim communities.

As part of our mission in defining and contributing towards building America’s future society, we help establish and manage scouting programs at a number of community centers that do not have the expertise and resources to do so. We conduct that through one of our child organizations, Midwest Islamic Scouting Council (MISC). MISC is a Madina Community organization dedicated to strengthening and connecting American communities by empowering their youth through Scouting.

We seek out opportunities for community outreach through our ambassador program which involves sending ambassador(s) to fulfill our mission of connecting American culture groups toward defining and building America’s future society. This is done utilizing a variety of means. An example of this program is supporting the African American Community of the Bahar Center in Marquette park in their Walk of Moral Excellence, as we did in 2017 and 2018. Through joining resources, we can help them organize programs to stop the violence, save lives, develop youth, take kids off the streets and back to school.

Asma’s Been an ICNA Relief Volunteer for many years

“(The righteous are those) who feed the poor, the orphan and the captive for the love of God, saying: ‘We feed you for the sake of God Alone; we seek from you neither reward nor thanks.'”

We’d like to acknowledge our partners, The Mecca Center and the Madina Community for allowing ICNA Relief to pack 500 food boxes for our struggling neighbors. May Allah bestow His mercy and blessings upon you.

A Brighter Future — For Chicago’s Children

Madina Community led and organized Back to School drives in the past few years to help over 700 middle and high school students in distressed areas in Chicago.
Read More